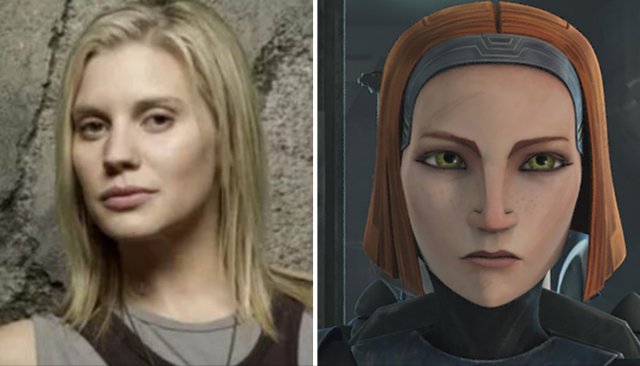 Battlestar Galactica and Clone Wars voice actor, Katee Sackhoff will join The Mandalorian season two playing fan favorite, Bo Katan in her first live action role.Slashfilm reports that Katee will play Bo Katan, a live action role of the role she voiced in Clone Wars.The Mandalorian has already wrapped filming this past March for the new season with post production is well underway with season two still set for October 2020.With an extensive character line up that already includes Boba Fett, and Ahsoka Tano, this season is shaping up to be just as good, if not better than the first.

We could also possibly see other fan favorites like Captain Rex, played by Temuera Morrison and Sabine Wren, given her connection to Bo Katan, the Mandalorians and Bo’s connection to the Dark Saber, which Moff Gideon had in his possession at the end of season one. While a stretch, we may also be lucky to see Ezra Bridger (and Thrawn?) given that at the end of Star Wars Rebels, Sabine and Ahsoka went on a mission to find Ezra.Whew!The Mandalorian season two premiers on Disney+ this October.