Disney has released what is probably the last trailer for The Clone Wars which, by now, you should all know begins streaming on Disney+ next Friday, February 21st.

The trailer highlights The Bad Batch, also known as Clone Force 99 and also known as what was to be the first episode of the original season seven, before The Clone Wars was canceled. My guess is that this will be the premiere episode we will see on the 21st.

You son of a bitch! 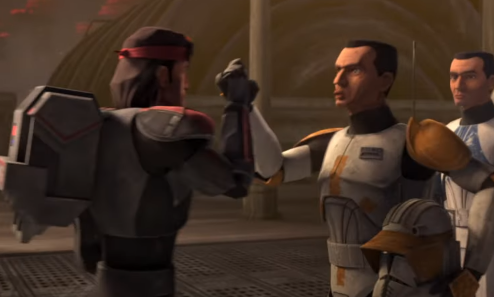