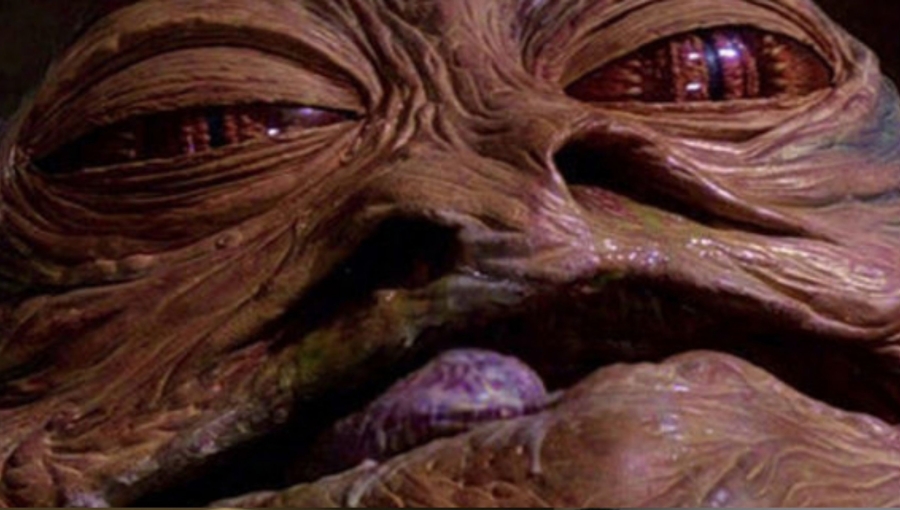 There has already been a plethora of rumors from JJ Abrams’ Episode IX, which began filming earlier this month. Since there are so many we decided to just make one big post about it!

Rumor has it that Finn and Rose will be on, yet another side quest, this time visiting Rotta the Hutt. That’s right, I said Rotta – as in Jabba’s son. As in Punky Muffin.

We don’t know the full story behind our heroes meeting Rotta, but sources say hes running his father’s business and is asked to help the Resistance in their fight against the First Order. This isn’t the first time we’ve heard rumors of the new films featuring a Hutt. There were rumors about The Last Jedi that had Leia meeting with some Hutts, asking for their help with the First Order that never came to fruition. Putting a Hutt in the third film of the trilogy would make it parallel with Return of the Jedi, and that’s what Lucasfilm is going for, even though they say they aren’t.

Rey, Poe and Finn will apparently be spending more time together this time around. Hopefully we get the same dynamic that Han, Leia and Luke had on the Death Star in A New Hope. Finn will have longer hair, Poe will have…a new jacket perhaps, and Rey will get a full, new makeover that will be unlike anything we’ve seen before. 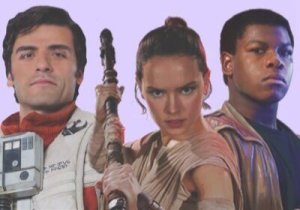 While Finn and Rose are visiting Rotta the Hutt, Rey Chewbacca, and Lando will be with Maz Kanata on her silver sail barge with giant metallic wings, hovering above a planet where Maz will apparently tell Rey (and the audience) how she got a hold of Luke’s lightsaber. Maz’s ship is manned by many aliens and droids

The story is rumored to be that Lando went back to Cloud City sometime after Return of the Jedi and an Ugnaught found the saber and Lando gave it to Maz.

Whew! What a lot of information to take in, but wait! There’s more!

Lando will be doing a lot of sitting in this episode as Billy Dee Williams’ health problems have have made standing for long periods and walking difficult. On Maz’s silver pirate barge, we will see him in a glass dome, waiting to fire on an incoming enemy.

Going back to Rotta the Hutt, we dont yet know if JJ Abrams will be taking us back to Tatooine, and he is supposedly going back to planets from the prequels and original trilogy. Hopefully we will finally see some OT or PT aliens in a sequel film (although we finally saw some in Solo: A Star Wars Story)!

Rumors of us going back to Jakku, Naboo, Jedha, and Mustafar have been flying around with the latter being seen in concept art featuring the Knights of Ren in front of Vader’s castle that we saw in Rogue One. It’s also been reported that the crew is going to Italy and that could possibly mean we’re going back to Naboo!

The Resistance may also be setting up shop in the old Rebel Alliance base on Yavin 4. Apparently the crew is shooting at Cardington Airship Sheds, which is where A New Hope and Rogue One were shot. Also of note is that there has been talk that the base will be destroyed by the First Order in an attack and that the Resistance will have to evacuate in a hurry.

JJ Abrams has said that he plans on tying up the prequel, original and sequel trilogy in one satisfying way, ending the story of the Skywalker family. After Lucasfilm’s last two films, Solo and The Last Jedi divided fans, they are putting it all on the line here and need something to entice bitter fans as well as the faithful into basking in the glow of a true series finale. As one of the faithful, we can only hope these rumors and leaks are true because they sound awesome!

As always, these are rumors and are not official. For now, all we have are leaks, which are always exciting.

One thought on “A Ton of Episode IX Rumors! *Spoilers Ahead*”